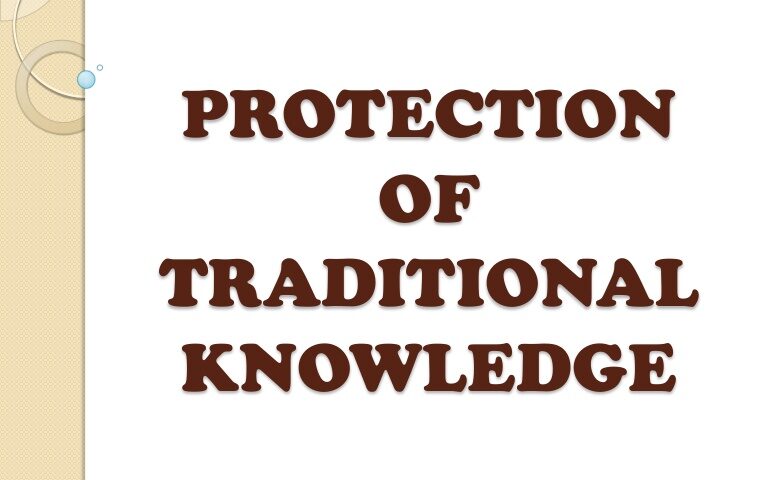 India is a place recognized as a hotspot of traditional knowledge and information. Varieties of scientific principles can be found within the arts of living, culture followed, historical events, etc., of Indian people. Traditional knowledge forms an essential part of life of rural areas and rationale behind it is that they are dependent upon natural habitats and agriculture. Bio-piracy draws a direct relation to intellectual property and to be more precise “traditional knowledge”. Traditional knowledge is believed to be information on natural products transmitted by cultures over centuries without proper recognition or record of it. Whereas, Bio-piracy is an irrational removal heritage of environment or traditional knowledge belonging to distinct zones of world for purposes like gaining economic advantages and retaining industrial superiority. It can also be interpreted as a mechanism to put restriction upon use of biological resources including their end products so that exclusive ownership can be retained over the same for years.

India has identified a plenty of incidents of Bio-piracy with respect to traditional knowledge be it Haldi, Neem, Basmati Rice, Karela, Guamr, Jamun, Brinjal, etc. Haldi or turmeric is an Indian herb that embraces a medicinal property which is very effective in healing the wounds, curing the muscle pain and sprains. It has formed an essential unit of Ayurvedic treatment. Two US scientists filed patent for turmeric and were granted with the same in 1995. In their patent application these scientists from University of Mississippi contended that though turmeric has been into use within Indian boundaries since years for curing pain and sprains but it also contains property of healing the wounds which is novel and no research conducted upon it in India. To counter this point various proof were submitted by Indian govt. showing the healing property of turmeric. As a result, all the patent rights of US scientists were discarded.

Neem case is also an example of Bio-piracy. It contains an element named “Azadirachta indica” that is present in the bark, seed and flowers of neem, also used in India from many years as medicine. It is also recognized as air purifier. A US timber importer did some research and found out neem’s curing property and started importing neem seed to his lab in Wisconsin in 1971. He extracted an element named Margosan-O out of neem upon which patent was granted to him. He sold that patent to another multinational company.

Anti-Diabetic properties are naturally acquired by Karela, Jamun, Brinjal as known in India. These herbs were frequently used in India to curb disease of diabetes but no novelty was involved in it but still patent was granted upon it to three NRIs in US over such property. All these products carry some medicinal properties but were victimized by Bio-piracy.

India ultimately became the victim of Bio-piracy because these globalized companies are filling their pockets by patenting and using India’s ancient knowledge. Farmers put all their energy and endurance in taking care and maintaining such knowledge to preserve their country’s heritage but Bio-piracy has ruined all of it.

Indian Parliament has come up with new pieces of legislation to preserve the interest of communities retaining traditional knowledge and also amendments were introduced to the prevailing statutes. National Biodiversity Act is one of them which safeguards traditional knowledge of India so that it can’t be exploited in any manner irrespective of being Indian or foreign national or any corporation under their direct control. Section 3 was incorporated by 2005 Amendment under Patents Act of 1970 under which section 3(p) precisely states that any invention pertaining to traditional knowledge is not eligible to be patented under this Act. For the said purpose, few new legislation namely “Plant Varieties and Farmers Right Act, 2001” and “Geographical Indication of Goods (Registration and Protection) Act 1999” has been enforced.