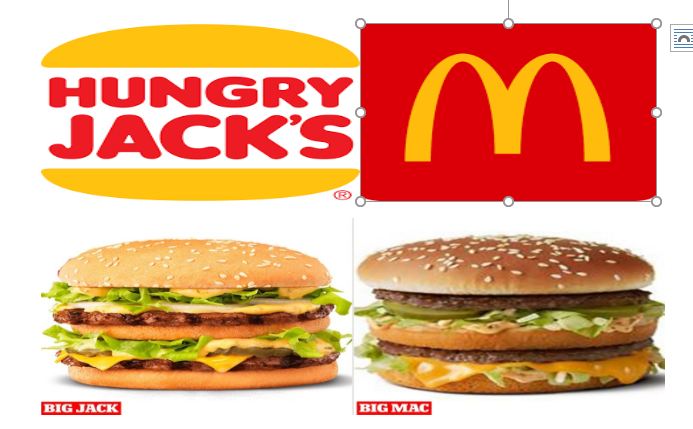 McDonald’s isn’t loving it! As the Australian Burger Titan Hungry Jack has introduced a lookalike burger “Big Jack” which is identical to McDonald’s “Big Mac”.

Since 1973 McDonald’s “Big Mac” has been an iconic burger with beef, salad, cheese onions, and pickles, it has a particular sauce and a seamless layering making it distinct in both appearance and taste. Whereas, Billionaire Jack Cowin started Hungry Jack in 1971 as Burger King’s franchise in Australia and launched “Big Jack” in July 2020.

McDonald’s has sued Hungry Jack for trademark infringement subsequent to launching their recent “Big Jack” burger. These fast-food competitors are involved in a burger fight which has led to a legal dispute; filed on 28 Aug 2020, to know which burger is eligible to be described as “big”.

These allegations leading to fast food feud is a reminder to register, safeguard and monitor your trademark. It even articulates the importance of trademark protection at a global level.

The major issue to be addressed by the court of law in this case is relating to substantially identical or deceptive similarity between the two burgers “Big Mac” & “Big Jack”?

McDonald’s has requested the Australian Federal Court to cancel Hungry Jack’s trademark for “Big Jack” over disquiets that it might cause misunderstanding and lead to confusion in the mind of a prudent individual which will trigger loss to their business.

They claimed that the “appearance or build” of Big Jack which Hungry Jack launched in July was with deliberate and mala fide intention which is hampering Intellectual Property Values.

The presentation of the burgers, their ingredients and tagline are analogous. The ingredients in the burger are virtually identical with two patties of beef, cheese, lettuce, onions, pickles, and special sauce served on a sesame seed bun.

Now, McDonald’s is seeking prayer/relief from the Australian Federal Court in the form of damages, interest and cost as well as Hungry Jack to destroy all promotional items such as physical and electronic broachers, menus, advertisement and other marketing material.

These allegations and claims by McDonald’s against Hungry Jack are at the discretion of Australian Federal Courts Order.

Hungry Jack states that “Big Jack” was launched with bona fide intention. Its burger is different from McDonald’s “Big Mac” in size, taste, presentation and packing and this does not make it “substantially identical or deceptively similar” to Big Mac.

Big Jack is a registered trademark of Hungry Jack and it is apparent that it won’t confuse a prudent individual as the customers are not misled or confused because Big Jack and Mega Jack burgers are only available at Hungry Jack.

Whereas “Section 57” gives a third party the right to oppose the registration of a trademark on a ground that the trademarks are substantially identical with, or deceptively similar to the other trademark.

• Comment
The fast-food feud is not new; when the application was reveled McDonald’s had a chance to condemn/oppose Hungry Jack trademark “Big Jack” whereas they did not oppose it due to inefficient trademark monitoring procedures.

Further, McDonald’s was only left with the option to sue Hungry Jack once their trademark “Big Jack” was registered.

It is imperative to understand that holding a trademark is not a “forgetful” practice to protect your brand and to prevent such a situation you have to actively protect your mark by continuously using and tracking your mark.

Hence, this case is a prompt example to register, safeguard and monitor your trademark in a time bound manner to identify any potential infringement or opposition matter.